Redistricting based on the 2020 Census will be in effect for 2022 elections. Georgia still will have 14 Congressional Districts and the same number of Georgia House and Georgia Senate seats in the General Assembly, but the boundaries have been changed by the General Assembly.

Pickens County has been redistricted into the 11th Congressional District: 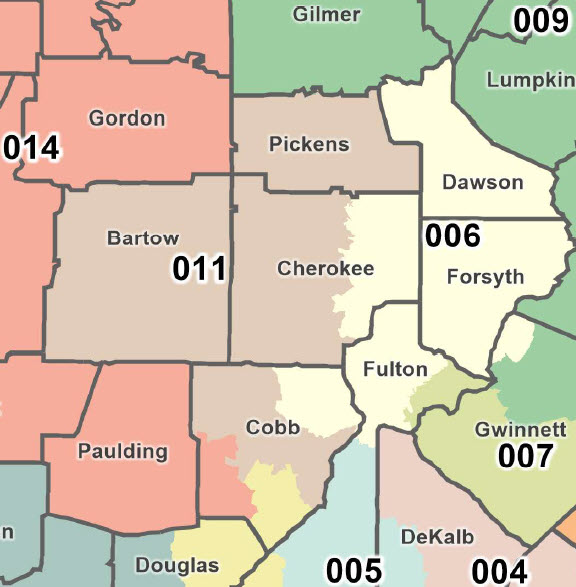 U.S. House of Representatives districts (reapportionment for 2021 and following

A Wikipedia web page currently is being updated with information on Georgia elections in 2022:
2022 Georgia State Elections (Wikipedia)

Where does candidates' money come from?